Stars usually hit the JUNO red carpet in impeccable style, but with a little bit of style advice, these celebs can take it to the next level.

Stars usually hit the JUNO red carpet in impeccable style, but with a
little bit of style advice, these celebs can take it to the next level.

Theresa, runner-up in the second season of Canadian Idol (Kalan Porter won that year), is a wonderful singer. And we love us a quality casual look for the red carpet, but her tiny frame is lost under this giant leather jacket and loose tee. When choosing a leather jacket, go for fitted (not tight), and make sure it hits you at the hip. Theresa’s is running about 2 inches too long. Also, a dark denim instead of the medium wash Theresa is wearing would have not only suited the red carpet atmosphere better but would have tied in the shoes as well. 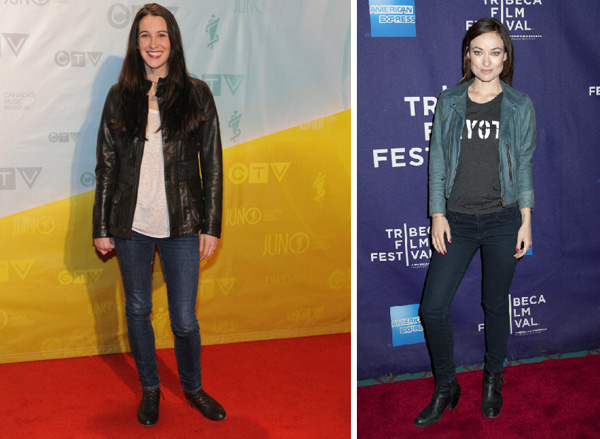 Olivia Wilde puts a spin on this casual look with a cadet-grey leather jacket.

This Newfoundland native’s look is unique, but the coat, while fitted and in slimming black, creates an unflattering silhouette. If it had more structure, a more defined waist and some darting for volume, it would have accentuated Curran’s figure much better. The leopard-print shirt is lost in this outfit, but a leopard-print loafer, flat or pump would have been right on trend and incredibly sexy. 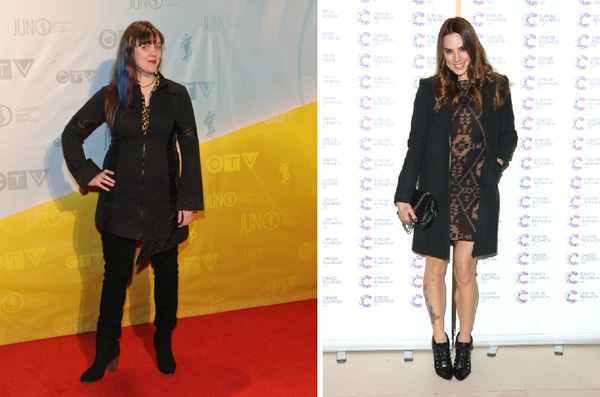 Why not pair a flattering black coat with a patterned dress for extra sass, à la Mel C.

Chad, the former hockey defenceman who opted for a country music career, can charm us with his songs any day, but his blazer here is ill fitted, and the colour is not complementary to his skin tone. We would recommend a grey or black velvet blazer (brown would work too). If you’re going for a casual look, a charcoal-grey tee will do the trick (keep it simple!). The jeans Mr. Brownlee has chosen are also too baggy, and the wash is somewhat dated. We would suggest a dark denim to tie the look together. 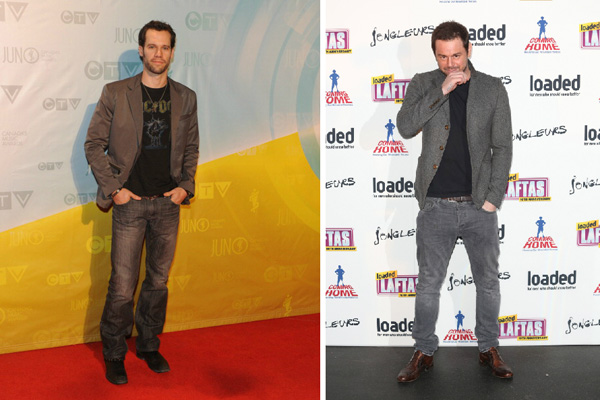 However, Danny Dyer shows that nothing beats a grey blazer for a casual look. Paired with a nice set of jeans and brown leather shoes, you’re all set!

The ensemble of children’s singer Helen Austin gives the impression that the songstress has no shape, which is unflattering. We’re all for loud prints, but you need to tread carefully here. Slap that pattern on a structured, fitted dress, and you will look amazing, with no need for accessories. Trade in square-toed boots for a pair of black or nude pumps, and you’re good to go. 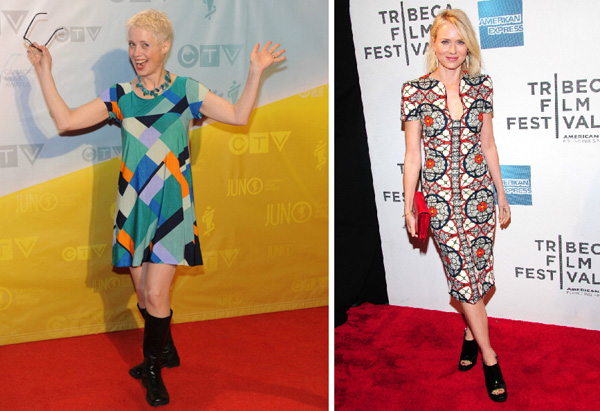 These pants are eye-catching, but they dominate Shepherd’s look. We appreciate a tropical theme, but this print would work better on cropped skinnies, or you could just trade this print for a smaller one and rock the wide-leg pants look. The black crop top is not especially flattering on the singer either; tight clothes do not equal great fit. And remember to emphasize only a single aspect of your outfit. In Shepherd’s case, she’s wearing loud pants and baring her midriff — it’s too much at once. If you’re going with a patterned pant, keep your top simple, like a flowy blouse or even a classic V-neck. 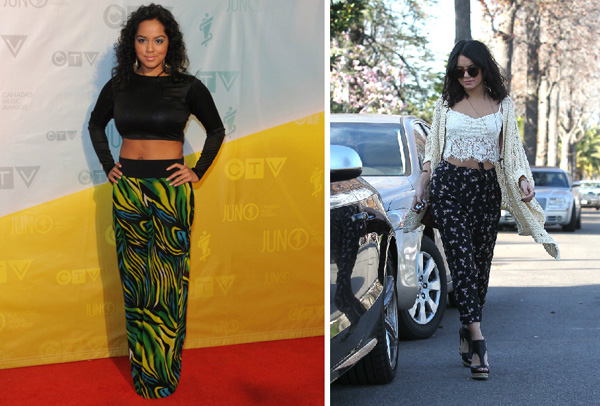 Or incorporate a patterned pant into a boho look, like Vanessa Hudgens does here. Think lace, chunky cardies and neutral tones.