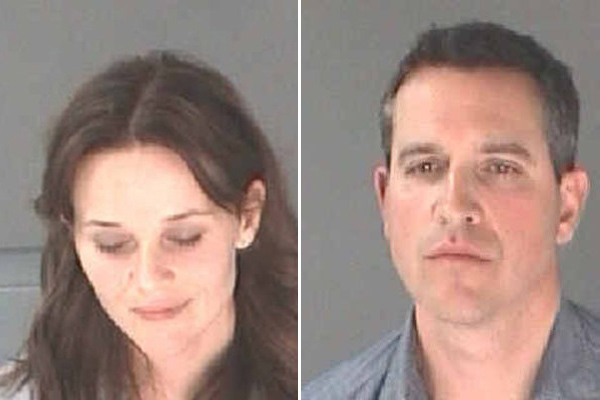 Holy flaming mackerel! This is not a drill, people. It happened. It’s real.

Reese Witherspoon and husband Jim Toth were arrested and jailed in the wee morning hours of Friday in Atlanta, Georgia, for DUI as well as alleged disorderly conduct. Busy morning for these two, no?

Those are lovely mug shots, though… We’re curious — how did Witherspoon get away with that shot? She’s not even looking at the camera.

The couple was pulled over when authorities noted a vehicle swerving in the lane and crossing the double line. Witherspoon was handcuffed after repeatedly refusing to stay in her seat, per request of the police officer. 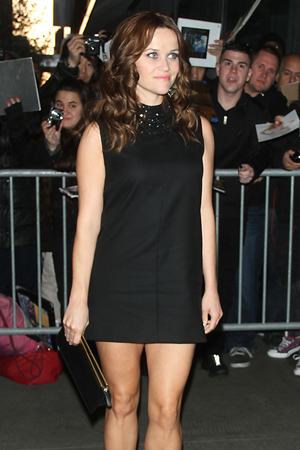 “Mrs. Witherspoon began to hang out the window and say that she did not believe that I was a real police officer,” stated the report. “I told Mrs. Witherspoon to sit on her butt and be quiet.”

The report continued, “Mrs. Witherspoon asked, ‘Do you know my name?’ I answered, ‘No, I don’t need to know your name.’ I then added, ‘Right now.’ Mrs. Witherspoon stated, ‘You’re about to find out who I am.'”

The two were released on bond, and a court date has been scheduled for Monday, although the couple is not expected to appear.

The 37-year-old actress managed to attend the New York City premiere of Mud on Sunday, though she did not speak to reporters and has since issued an apology statement.

“Out of respect for the ongoing legal situation, I cannot comment on everything that is being reported right now,” Witherspoon stated. “But I do want to say, I clearly had one drink too many, and I am deeply embarrassed about the things I said. It was definitely a scary situation, and I was frightened for my husband, but that is no excuse.”

This is all kinds of shocking, since Witherspoon is considered almost celestial in character. Little did we know a little lawbreaker slumbers within…

What do you think about all of this?