Want to know what’s coming out this summer? We’ve compiled a complete list of the top movie releases for May.

Related story Who is your favourite Superman? 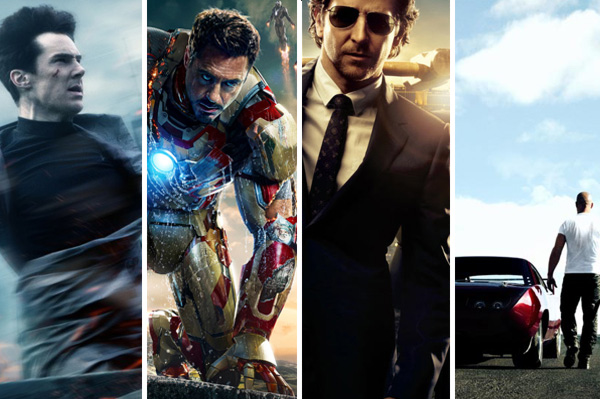 Several highly anticipated movies are premiering this month, including Iron Man 3, starring Robert Downey Jr. and Gwyneth Paltrow, and a new instalment from the Star Trek enterprise, Star Trek into Darkness, starring Chris Pine and Chris Hemsworth. The third instalment from the comedic geniuses behind the Hangover movies will see Bradley Cooper and Zach Galifianakis reprising their roles in The Hangover Part III, with Paul Walker and Vin Diesel doing the same in the action staple Fast & Furious 6.

This summer, you can also step back in time with the Warner Bros. and Baz Luhrmann adaptation of F. Scott Fitzgerald’s The Great Gatsby, starring Leonardo DiCaprio and Tobey Maguire.

If you’re into the 20s, find out how to get The Great Gatsby style >>

Here’s a complete list of the biggest releases for this month:

24 hrs ago
by Elisa Lewittes