It’s falling stars over there, clearly! Just days after Brad Pitt’s appearance, Johnny Depp paid a surprise visit to the CinemaCon in Las Vegas to promote The Lone Ranger. 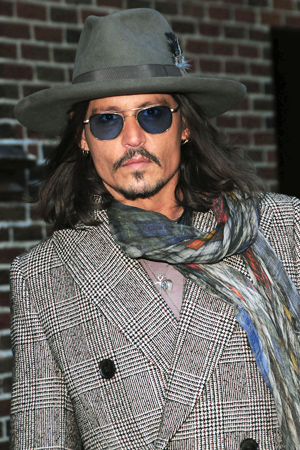 Unlike the folks at CinemaCon, we are obviously in the wrong place at the wrong time.

Only a few days after Brad Pitt beautified CinemaCon in Las Vegas with a surprise visit, Johnny Depp popped in to promote The Lone Ranger.

We are currently hyperventilating…

The actor was joined by Armie Hammer, director Gore Verbinski and producer Jerry Bruckheimer. The audience was even treated to 20 minutes of the film. Oh, how we wish we were there. Depp explained to the audience that it’s not his fault he looks short in The Lone Ranger — Armie Hammer is 6 feet 5 inches in height!

“Armie is very tall,” the actor stated. “Which means we aren’t short.”

Good to know. The film is scheduled for release on July 3. Will you be riding out to see it?