The sequel to Monsters Inc. is going to be a doozy! Monsters University’s cast keeps getting bigger and bigger, as Aubrey Plaza is now joined by John Krasinski, Bonnie Hunt and others. 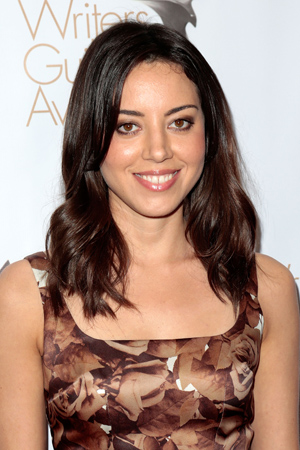 Parks and Recreation actress Aubrey Plaza is in a talented midst for Pixar’s upcoming Monsters Inc. sequel, Monsters University. And that makes us very excited!

Entertainment Weekly announced that John Krasinski, Nathan Fillion and Bonnie Hunt are now attached to the project. It had been previously confirmed that Helen Mirren, Sean Hayes, Charlie Day and Alfred Molina are also joining Plaza in the animated film.

The original cast — Billy Crystal, John Goodman and Steve Buscemi — are reprising their roles as well.

Monsters University will follow Mike Wazowski (voiced by Crystal) as he attends university to major in scaring. The film is slated for release on June 21.

Will you be watching this star-studded animated flick?