Pregnant reality star Kim Kardashian has come under fire for tweeting a plug about her mom’s new QVC collection and TV appearance, just minutes after posting a message of condolences to victims of the Boston explosions on April 15. 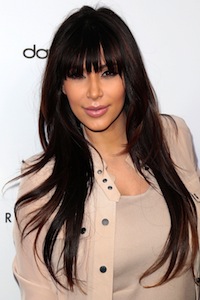 Kim Kardashian is no stranger to self-promotion — in fact, her entire existence and income stream relies on it — but she may have mistimed her latest plug.

When she encouraged her 17 million-plus followers to tune in to watch her mom Kris Jenner on QVC, the Twitterverse immediately attacked her for insensitivity to the victims of the terrible explosions during the Boston Marathon, which left two dead and dozens injured.

Just 24 minutes earlier, she had tweeted, “My heart is breaking for everyone effected or injured in the explosion at the Boston Marathon. God bless you all! My prayers are with you!”

While some are speculating that the promotional tweet was scheduled and therefore not as insensitive as it initially appears, many online commenters were up in arms.

“America is in the midst of a tragedy right now. F*** you,” one follower wrote.

And, “This isn’t the time for self promotion. Please unschedule your tweets.”

The message was heard loud and clear, and Kim quickly deleted the tweet.

It definitely didn’t help that Kris Jenner herself posted a couple of promotional messages around the same time.

“Dolls! Don’t miss me tonight at 8pm ET on @QVC! I’m debuting my gorg new scoopneck tunic on PM Style!! Join me!” she wrote, followed by, “So excited to be on @QVC for PM Style tonight! Take a peek at this new animal print dress from my Kollection!”

Kris also promptly realized the error of her ways and deleted the two messages, then offered up a low-key tweet that simply said, “Tonight is the night dolls!” with a link to her website post promoting the shopping event.

“My heart and thoughts and prayers go out to all those at the Boston Marathon,” Kris also posted.