Despite his honourable intentions, Justin Bieber’s educational trip to the Anne Frank House museum turned on him when his comment about the historical figure went awry. 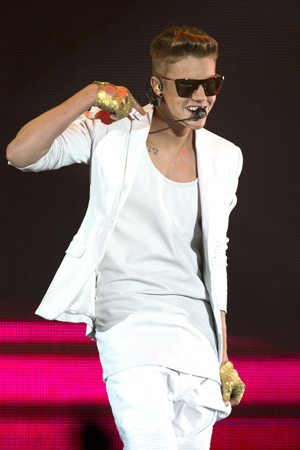 Oh, the sense of appropriateness this guy has is baffling.

Per Anne Frank House museum’s Facebook page, Justin Bieber paid a visit to the historical landmark in Amsterdam with his friends on Friday and left an interesting note in the guest book that read:

“Truly inspiring to be able to come here. Anne was a great girl. Hopefully she would have been a belieber.”

Find out about Canada’s best museums >>

Now, apparently this comment was not meant as an egoistic remark but rather as a reflection of what a tour guide told Bieber during his visit.

“One of the guides pointed out that Anne was a big fan of pop culture of her time and that she might have been a fan of his, which led to what he wrote,” a source told E! News.

Whether it’s true is to be determined. The star’s comment has been bashed all over Twitter and Facebook in numerous languages and with fervent use of colourful profanities. Bieber’s rep has not made a comment yet.

What do you make of this?