Geri Halliwell could not handle the Twitterverse’s opposition to her tweet praising former Prime Minister Margaret Thatcher, who passed away on Monday. The singer voiced regret on giving in to pressure. 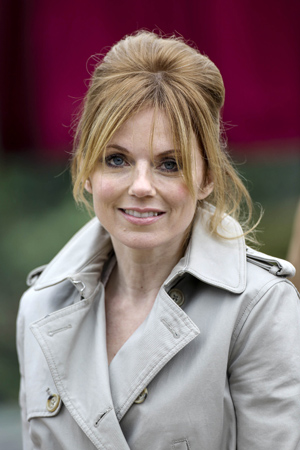 Spice Girl Geri Halliwell shared a few kind words about Margaret Thatcher when the news of her death came out on Monday, but then removed her comment from Twitter.

Halliwell’s tweet was met with some fervent opposition from the anti-Thatcherites, who called the singer’s comment ignorant. The reaction to the first female British prime minister’s death has been rather mixed. For example, the number one song on the U.K. music charts right now is “Ding-Dong! The Witch is Dead” by Judy Garland (from The Wizard of Oz, of course), due to a Facebook campaign against Thatcher.

Read about Spice Girls’ performance for the royals >>

Nonetheless, Halliwell’s original message read, “Thinking of our 1st Lady of girl power, Margaret Thatcher, a green grocer’s daughter who taught me any thing is possible…x.”

She then deleted the message and replaced it with, “I’m sorry if I offended u. X”

Upon some further pondering, Halliwell returned to Twitter and posted another message: “Last 3 days asked myself why did I take tweet down?-weak under fire? unlike Margaret Thatcher.”

More on the Spice Girls-inspired musical >>

The singer continued with a link to an extensive blog post explaining her position on Thatcher and regret for having deleted the original tweet.

Everyone has his or her own take on Thatcher; bashing an individual for not despising her seems a bit unfair. Whether you loved or hated Margaret Thatcher, you have a right to react to her death in your own manner. Opinions?