It’s been awhile since we saw Rachel McAdams in anything amazing. The actress is currently negotiating for a role in a new Cameron Crowe film with Bradley Cooper and Emma Stone. 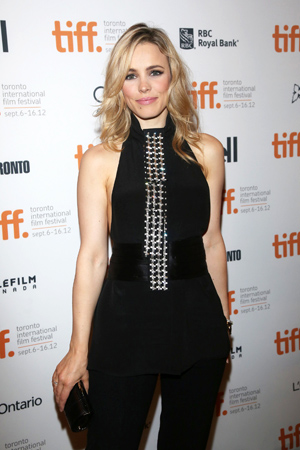 OK, with a cast like this, there’s no way this movie will be anything less than legendary.

According to emerging reports, Rachel McAdams is in talks to join an untitled Cameron Crowe movie, which already has Bradley Cooper and Emma Stone on board.

Check out Bradley Cooper with a perm >>

McAdams is allegedly considering the role of Cooper’s former lover, although the plot of the film has been kept under wraps. Per speculations, it is likely to be romantic and funny.

Crowe’s directorial resume boasts Say Anything, Jerry Maguire, Almost Famous and Vanilla Sky. The film will be set up at Sony and is scheduled to begin shooting in October.

That is a great team to work with, and hopefully McAdams will grab that role. Do you think this film has potential? Opinions?