There are many areas in which Paul McCartney succeeds, and being the wealthiest musician in Britain is definitely one of them. He’s topped the list for over 20 years! 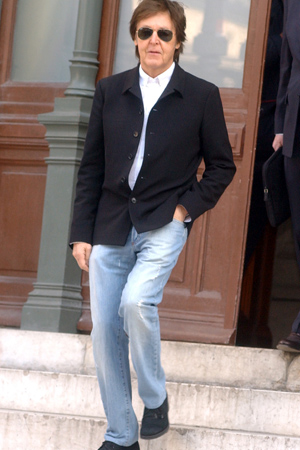 Per Sunday Times‘ Rich List, the ex-Beatle remains the wealthiest musician in Britain, having accumulated a hefty fortune of 680 million pounds (over $1 billion).

McCartney shares his wealth with wife, Nancy Shevell, whose family owns a successful U.S. trucking company. The 70-year-old musician has topped the Rich List since it was first put together in 1989.

The full list will be published this Sunday. Adele has reportedly topped a separate list for musicians under 30, with an estimated fortune of 30 million pounds.

See how much McCartney was paid for his Olympics gig >>

Well done! Just take a moment to imagine what it would be like to have a billion-dollar fortune… Pretty nice, eh? Opinions?