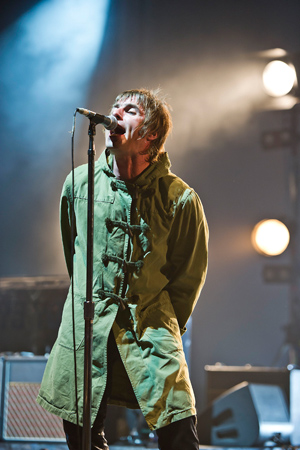 We’ve got a conversion on our hands! Former Oasis front man, Liam Gallagher, has made it known that he is a self-diagnosed Belieber, after praising Justin Bieber‘s concert antics.

Now, the rocker is not in love with Bieber’s music, mind you, but rather an appreciator of the pop star’s courage to go onstage at London’s O2 Arena back in March after being over two hours late.

“Anyone who goes on two hours late is f***ing right in my book, man,” Gallagher told ShortList magazine. “All these so-called rock bands that sit backstage going, ‘Hey, let’s wait 15 minutes.’ F*** that. Wait two hours and 15 minutes! He’s kicked the f***ing arse out of it — no one will beat that, ever. So get off his f***ing back, man: I am a Belieber!”

The British rocker has quite the lipper on him, doesn’t he? Gallagher has voiced his support for Bieber before, especially after the pop star’s altercation with the paparazzi.

It’s nice that Bieber is still praised by somebody; the singer has mostly been a target of ridicule because of his continual diva-like behaviour. What do you think? Is Gallagher’s support a good thing?