Another beautiful baby is on his or her way! Halle Berry has revealed that she is pregnant with Olivier Martinez’ child. 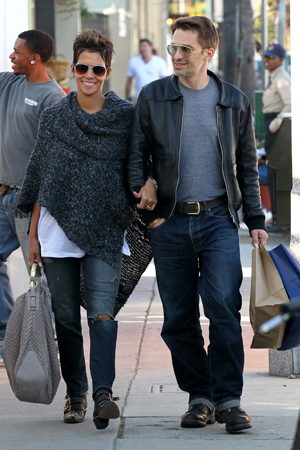 The 46-year-old actress is pregnant with her and fiancé Olivier Martinez‘ first child together. Holy moly guacamole!

“This has been the biggest surprise of my life, to tell you the truth. Thought I was kind of past the point where this could be a reality for me. So it’s been a big surprise and the most wonderful,” Berry revealed to CNN.

More on Berry and Martinez’ engagement >>

We suppose she’s as shocked and surprised as we are! That’s a tricky age to swing a pregnancy, but she’s a tough cookie.

The actress is reportedly about 12 weeks along. This is the second child for Berry. She gave birth to her daughter Nahla in 2008 during her relationship with Gabriel Aubry. She has been engaged to Martinez since 2012.

According to reports, the baby is healthy. Congratulations to the parents-to-be, and we hope for a healthy pregnancy and baby! Opinions?

Halle Berry to paparazzi: “Our children should be off limits”
Halle Berry “healthy” after nasty fall
Halle Berry on marriage: “I’m a hopeless romantic”