Lena Headey, who plays Cersei Lannister on HBO’s Game of Thrones, admitted to acquiring hefty debts during her divorce and is down to less than five dollars in her bank account. 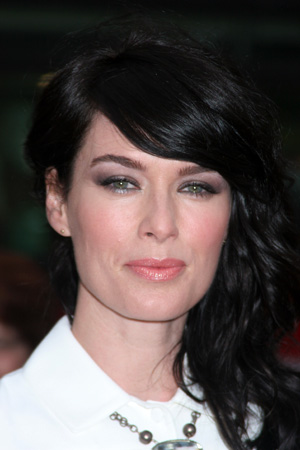 They do say a Lannister always pays his debts…

Game of Thrones star Lena Headey reportedly has less than five bucks in her bank account amid her divorce from her hairdresser husband, Peter Loughran.

“At the present time, I have less than $5 in my bank account and have been using credit cards to pay for living expenses for myself and our son Wylie,” the actress stated in a court-filed report.

Headey became pregnant (with now 2-year-old Wylie) after marrying Loughran and allegedly was unable to work. The couple subsequently went through their savings very quickly. The actress is now requesting a $6,000 advance on her half of their 2011 tax refund.

The hearing has been scheduled for April 26. We hope all will be resolved and Headey will have no need to continue relying on credit cards. Opinions?

Hilary Duff will guest star on Two and a Half Men
The Office wraps up production
Veronica Mars movie is in the works!