At least he admits it! The gorgeous Joe Manganiello confessed he used to steal comic books as a child but felt guilty about it years later. 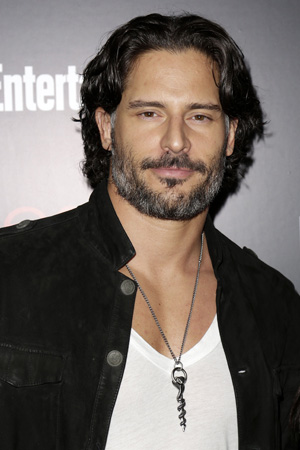 Well hey, you learn something new every day.

It turns out Joe Manganiello was a little criminal as a child, stealing comic books from a local store to fuel his reading speed.

“This is completely dorky, but I used to read comic books so fast,” the actor stated at the Tribeca Film Festival. “I was a total comic book geek, and I used to read them so fast that I’d just steal them.”

Don’t worry; he never got caught. But guilt is a lady well versed in nagging, and Manganiello could not stand it weighing on his conscience.

“I did go back in my late 20s, and I found the store in Pittsburgh,” the actor admitted. “The comics were still in my mom’s closet. I called up the store, and it was the same owner and the same location, and I went and returned to him all of the comic books that I stole.”

Aww… We hope the owner saw the decency of his actions! Even celebrities have had grabby hands as children — who knew? Are you guilty of a childhood crime?

Princess Di dressed as a man to go to a gay bar
Is Lindsay Lohan pregnant?
Cory Monteith checks in to rehab!