Can we love thee more? Ryan Gosling has teamed up with PETA to urge a farming association to end cruel dehorning procedures on livestock. 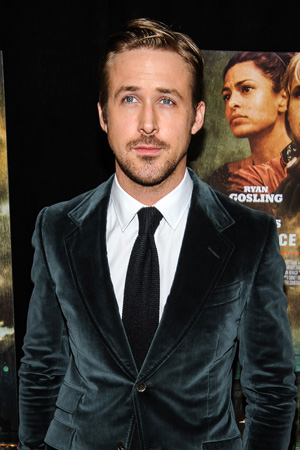 OK, if Ryan Gosling is not perfect, then this world is crazy.

The hunky actor has taken initiative, on behalf of innocent cows and PETA, and written an open letter to the National Milk Producers Federation, urging the officials to require that dairy farmers abandon the dehorning procedure, where calves have their horns (which are very sensitive tissue) hacked or burned off.

“Dehorning is one of the most painful things done to cows on dairy farms, whether it is by burning a calf with a searing hot iron or applying caustic paste to create a chemical burn that eats away at the animal’s flesh,” Gosling wrote in the letter, obtained by E! News. “There is absolutely no reason — and no excuse — for the cruel, unnecessary practice of dehorning to continue.”

The statement continued: “I respectfully urge the National Milk Producers Federation to take the lead in stopping this barbaric practice by requiring farmers to phase out dehorning by breeding for polled, or naturally hornless, cattle.”

Most farm workers use whatever means available for the dehorning process, like saws and sharp wires. Dehorning is claimed to be necessary for human and other farm animal safety.

We respect Mr. Gosling for speaking out against animal cruelty. What do you think?

59 mins ago
by Danielle Sinay