Ellen DeGeneres has been granted her wish. A Finding Nemo sequel is in the works, and it is titled Finding Dory. How appropriate! No word on the plot of the film yet. 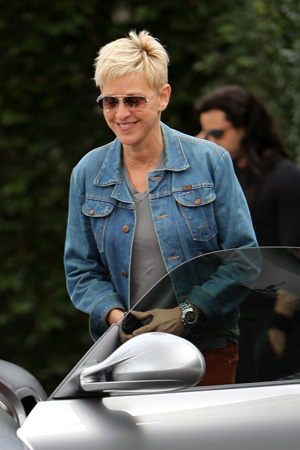 This has been long in the making, but it’s finally happening!

Disney Pixar has announced that a sequel to the beloved 2003 animated film Finding Nemo, aptly titled Finding Dory, will be released in 2015.

Of course, Dory would get lost. What a silly one, she is! Clearly years of lobbying by Ellen DeGeneres (who plays Dory) have paid off.

“The script is fantastic. It has everything I loved about the first one: a lot of heart, it’s really funny, and the best part is it’s got a lot more Dory,” DeGeneres stated.

Dory, if you don’t remember, was the little blue fish with short-term memory loss, who accompanied Marlin on his quest to rescue his son Nemo in the first Oscar-winning film. The storyline for the sequel has not been revealed, but we’re betting it will be awesome.

We wonder if Nemo will be a grown-up in this sequel… We’re excited! Are you? What do you think of this sequel extravaganza?