Oh, Angie. The always generous Angelina Jolie has opened up an all-girls school near Kabul, Afghanistan. The institution was funded by her jewellery line and charity foundation. 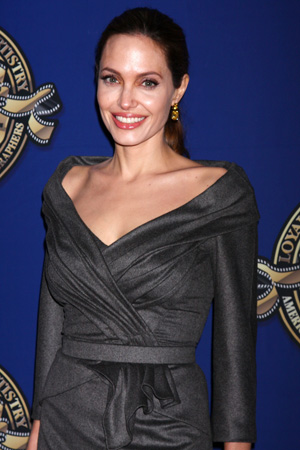 She’s not idle — we’ll tell you that!

The actress chose to build the school outside of Kabul not only because of a large refugee population but also because the region does not view girls’ education as a priority. The school currently educates between 200 and 300 girls.

More on Angelina and Brad’s engagement >>

Jolie is intent on building several more schools in different regions in the near future. She is also launching a jewellery line, Style of Jolie, with all the profits going to her foundation, The Education Partnership for Children of Conflict. The foundation seeks to provide educational institutions and opportunities to youths in war-torn and disrupted regions.

Jolie has been the UNHCR goodwill ambassador since 2001.

We hope to hear more from that front and love Jolie for being such an incredible do-gooder. Opinions?