Where’s Sherlock Holmes when you need him? Lindsay Lohan’s surprising tweet has everyone buzzing with the news of a possible pregnancy. 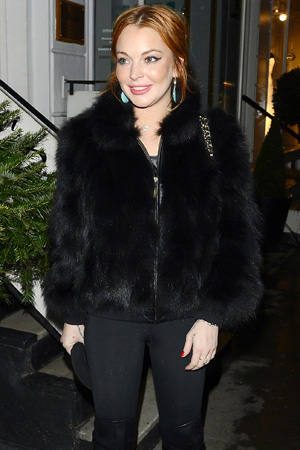 Oh mother of all that is good in this world, let this be a prank!

Many tears for the future of our civilization are being shed right now, as news of Lindsay Lohan‘s mysterious tweet is spreading.

Is this a late April Fool’s prank or the real deal? Lohan has not tweeted since, and no one has either confirmed or denied this potential truth.

If it’s a joke, who will smack Lindsay for being late and freaking everyone out? If it’s not, who is the father? And what will become of this world?

Lohan was supposed to fly back to the U.S. from Brazil yesterday, but switched her flight at the last minute.

What do you think of all of this? Is she pregnant?

Update: Of course, Lohan has since confirmed that the tweet was indeed a prank, tweeting, “April Fools. Where’s everyone’s sense of humor?”. All is well again!