James McAvoy confessed that he hated filming the torture scenes in his latest film, Trance, where his fingernails are being removed to extract information about the whereabouts of stolen art. 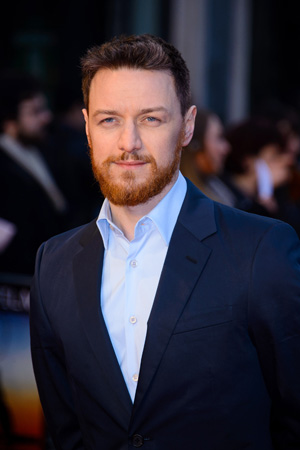 This is making us a little queasy; we can only imagine what it was like for this guy.

James McAvoy‘s latest flick, Trance, had the actor loathing his work during a gruesome fingernail-pulling scene.

The Danny Boyle-directed film follows an art auctioneer, Simon (McAvoy), who gets mixed up in a heist and, following a blow to the head, forgets where he stashed the stolen art. Several torture techniques are employed (including the fingernail removal) to extract the information from Simon before a hypnosis session unlocks a flood of imagined, ghastly scenery.

“I actually hated filming that scene. Even though there was no pain for me, I felt so — I don’t know — I felt so victimized and so horrible and so emasculated and f****** put upon. I hated that day. And I was really glad to get away from that scene,” McAvoy told the Huffington Post.

“And then on top of that, being held down by three guys — even though it wasn’t real, it felt like, ‘Come on now, give me a break.'”

Read about McAvoy jumping to aid a sick audience member >>

Oy, we shiver at the very thought. That’s the stuff of nightmares… Even pretending to have your fingernails pulled out sounds traumatic. We hope there was a therapist on-site to calm him down.

This McAvoy thriller will be hitting the theatres on April 5, so if you would like to see the actor steal some art and then be tortured, mark the day on your calendars!

Would you be able to go through an acting scene like that?