He’s back! After taking almost a year off to recover from granuloma surgery, John Mayer is happy to get a second chance to tour again. 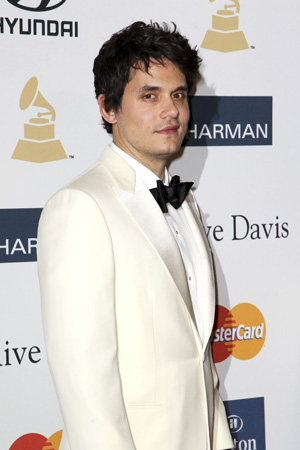 After struggling with the boomerang granuloma and getting back to music in January, John Mayer finally spoke out about his condition and experience in Billboard magazine.

“I was forced to type on my iPad to communicate anything,” Mayer told the mag. “It wasn’t liberating. Is breaking your leg liberating? No. All complexity is gone when you don’t have a choice.”

“We got to a point where we thought we were out of the woods, and then it came raging back,” the singer went on. “I felt I needed to take six months off, just to regain my sanity, really.”

Which explains why we haven’t heard a single thing from Mayer in a while. Apparently taking all this time off also drained the “douchebaggery” out of him, and he is now a decent human being. Mayer is currently putting together his tour. It’s been a while.

Read about Mayer getting flirty with Jennifer Lawrence >>

“As I looked up at the sky, I was planning this tour in my mind — I couldn’t have done that when it was unforeseen when and if it was going to happen,” he told Billboard.

“The greatest gift I now have in my life is the opportunity to play again, which is also the opportunity to dream again. My dreams were in escrow, but when I found out this thing in my throat had receded, the most exciting thing for me was having a second chance at a new life. My dreams have come true twice. That’s really cool.”

Can you tell he’s an artist? That could easily turn into a new Mayer hit song. We’re glad he’s back on his feet and ready to take on the music world again. And we’re doubly glad he will do it with dignity and appreciation. Are you glad to have Mayer back?