He has everything but peace. Actor Ryan Gosling has decided to take a break from the world of acting after nearly two decades in the business. 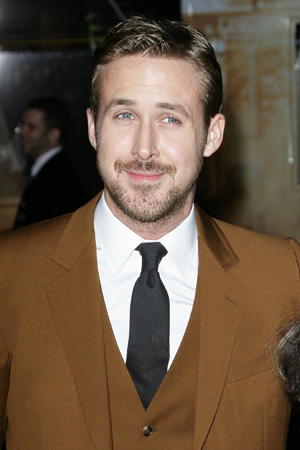 Why is this happening? Why?

The slap-your-knee-clap-your-hands level of gorgeous, Ryan Gosling, has revealed his plans to take a break from acting. We don’t understand.

“I’ve been doing it too much,” the actor stated in an interview with the Huffington Post. “I’ve lost perspective on what I’m doing. I think it’s good for me to take a break and reassess why I’m doing it and how I’m doing it. And I think this is probably a good way to learn about that. I need a break from myself as much as I imagine the audience does.”

Fear not! First we will have a Gosling fiesta, with two new films coming out this spring. The actor is starring in The Place Beyond the Pines, directed by Derek Cianfrance, which also features the acting talents of Bradley Cooper and Gosling’s girlfriend, Eva Mendes. The 32-year-old sports quite a few tattoos for the role, which apparently came at a price.

“One thing that kind of handed me the key to the character was that I totally overdid it with the tattoos,” Gosling stated. “I said to Derek, ‘I got to lose this face tattoo. It’s the worst. It’s so distracting, and it’s going to ruin everything.’ And he said, ‘Well, I’m sure that’s how people with face tattoos feel. So now you have to pay the consequences of your actions.’ So I had to do the whole film with it and now see it on posters. It gave me a sense of shame that I feel was inherent to the character.”

Read about Josh Hutcherson naming his puppy after Gosling >>

The second Gosling treat this year will be Only God Forgives, which is currently in post-production.

We have no problem with Gosling taking a well-deserved break. After all, hopefully this will bring him up north to Canada. What do you guys think?