This is just plain rude! Jane Got a Gun, the film starring Natalie Portman and Jude Law, now has no director after Lynne Ramsay skipped out on the first day of production. 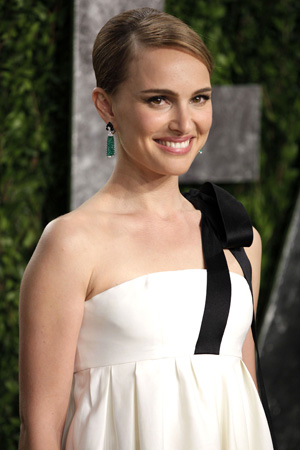 Someone is going to have their tushie handed to them — that’s for sure.

Director Lynne Ramsay, who was set to direct the western drama Jane Got a Gun, starring Natalie Portman and Jude Law, neglected to show up on the first day of production this Monday. Yes, she actually stood up Portman and Law. We don’t get it either.

“I have millions of dollars invested, we’re ready to shoot, we have a great script, crew and cast,” the project’s producer, Scott Steindorff, told Deadline.com. “I’m shocked and so disappointed someone would do this to 150 crew members, who devoted so much time, energy, commitment and loyalty to a project, and then have the director not show up. It is insane somebody would do this to other people.

“I feel more for the crew and their families, but we are keeping the show going on, directors are flying in and a replacement is imminent.”

Ramsay has not commented just yet. If her name sounds familiar, it’s probably because she also directed the Tilda Swinton-starring film We Need to Talk About Kevin.

Jane Got a Gun unveils a story of a woman (Portman) who enlists the help of her ex-lover (Law) to protect her family from her husband’s outlaw gang. Sounds mighty enticing, and Ramsay is missing out! We wonder who will be chosen to replace her. Opinions, suggestions?