Not again… John Mayer and Katy Perry have broken up, seven months after their first breakup. But it might be a temporary thing, so don’t be too sad. 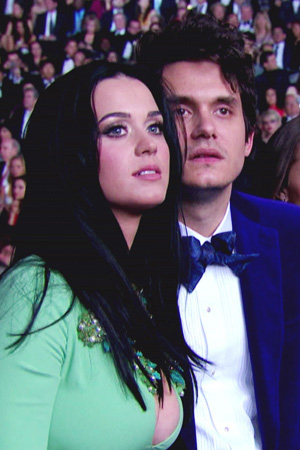 We don’t know if this is dysfunction or indecisiveness.

John Mayer and Katy Perry have broken up again. The couple had previously ended their relationship back in August and then got back together in September. We’re not quite sure if this is a keeper…

“It’s not over until it’s over,” a source told Us Weekly. “You have to see how things play out. She’s leaving the window open. They have both been so focused on work.”

The news came out of nowhere, considering Perry was sporting a cutesy heart-shaped ring just last month, the couple went hiking, had loads of dinners — all ingredients for a successful relationship! We just don’t get it.

Read about how Mayer was “very happy” with Katy Perry >>

Since nothing is set in stone in Hollywood, we will not bury this couple just yet… Reconciliations seem to be big nowadays. Let’s wait it out. Opinions?