Everyone wants a slice of the Barack Obama action, whether they support him or are against him. Pat Boone spoke out against the U.S. president on Fox News, calling him a Marxist, socialist and progressive. 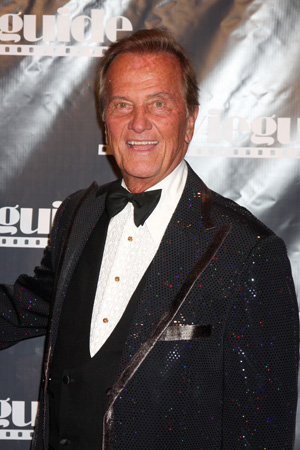 Are y’all ready for another anti-Obama speech? We sure are.

“He has a plan, he thinks it’s good for America — a virtually socialist nation in which nobody gets rich, government is in charge of everything,” Boone said.

“He is following his playbook, which is Saul Alinsky’s Rules for Radicals,” he continued. “This is the guy that trained him to be a community organizer, a Marxist, a socialist, a progressive, who wrote the rules for doing what Mr. Obama is doing.”

Where to begin? The terms “socialist” and “Marxist” are not interchangeable and, depending on modern definitions, can actually contradict each other. The allegation that Alinsky “trained” Obama is absurd for obvious reasons: He died when Barack was 10 years old. Alinsky’s Rules for Radicals is about social organizing against the privileged power of the state, which opposes Boone’s initial claim of Obama trying to keep the government “in charge of everything.”

The term “progressive,” on the other hand, is often misused (as it was by Mr. Boone) to mean social democrat, which hardly applies to the current president of the United States. Obama, at most, is a supporter of social liberalism, a philosophy long implemented by all developed countries but the U.S.

So we say, do your research Mr. Boone. It sounds grand and condemning to call Obama terms with negative implications, but they don’t hold water.