This couple just can’t catch a break! Miley Cyrus and Liam Hemsworth are a topic of discussion yet again: Rumour has it the couple has called it quits. 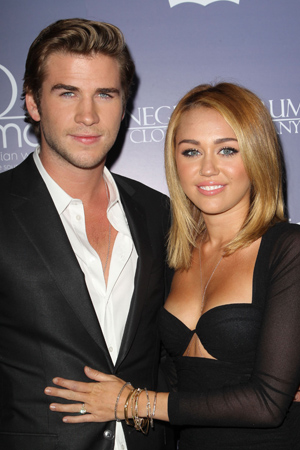 Ay! The great rumour mill is bursting at the seams with this scandalous possibility.

According to several reports, Miley Cyrus and fiancé Liam Hemsworth might have split up.

The New York Post ignited the fire with its report on the breakup, even claiming this isn’t the first time the couple has split up.

“They have broken up before and are broken up again now. There was drama because she suspected he had a wandering eye. And she recently tweeted a denial that he cheated,” a source told the Post.

“Miley and Liam are done. It’s over,” another source stated. “She likes to party really hard and can be pretty wild. It became a problem for him.”

E! News, however, maintains that the couple is still together and is working out their issues.

“[Miley and Liam] have been a bit rocky but are not giving up,” a source told E!. “They both want it to work.”

Oh, the mystery! Right now Hemsworth is visiting his brother, Chris Hemsworth, in Australia, and Cyrus is in Los Angeles. We’re sure the split or lack of split will become evident in the coming weeks.

We love these two and hope these rumours are bogus. Opinions?