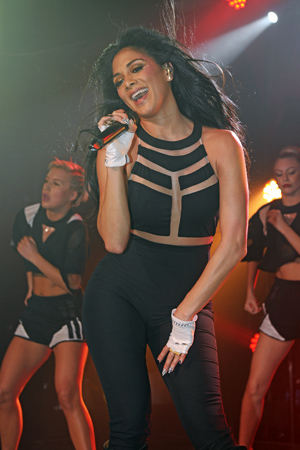 This girl sure knows her priorities.

Former front woman of the Pussycat Dolls Nicole Scherzinger enlightened us in an interview with The Independent, stating her career would be much more impressive if she was more promiscuous.

“I come from the most religious family. My grandfather is a priest. And if they support me in all this — and they do — then I’m OK,” the singer said. “I’m being sassy and classy. I’m having fun. I’m not coming from a dark place.”

“This is such a tough industry, you know,” Scherzinger stated. “To make it, you really have to sell your soul to the devil.”

She then added, “That’s probably why I haven’t quite reached the top of my mountain. I mean, where’s my Tony Award, my Grammy, my Oscar? Why don’t I have any of those things yet?”

Not to be Captain Obvious here, but there might be other reasons Scherzinger has not won a Grammy, Tony or Oscar yet, which have nothing to do with her wardrobe. Case in point: Adele is always fully dressed and, incredibly enough, has a truckload of Grammys and an Oscar. Food for thought. Opinions?