Nothing in the world is free, y’all! Sarah Jessica Parker reveals that years of active heel-wearing has left her with mangled feet. 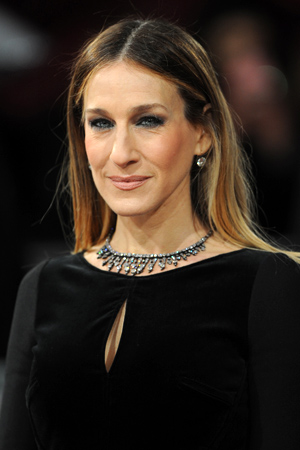 Although we know her to be a fashion queen who can gallop in heels across New York City like nobody’s business, it turns out such reckless treatment of her feet has taken a toll on Sarah Jessica Parker.

The Sex and the City actress has revealed to Net-a-Porter’s digital magazine, The Edit, that her feet are wrecked by the years of heel-wearing.

Learn how damaging shoe habits can be >>

“I literally ran in heels,” she stated. “I worked 18-hour days and never took them off. I wore beautiful shoes, some made better than others, and never complained.”

But an ankle injury on the set of I Don’t Know How She Does It made Parker rethink her ways, and rightfully so.

“I went to a foot doctor, and he said, ‘Your foot does things it shouldn’t be able to do. That bone there… You’ve created that bone. It doesn’t belong there.'”

The actress credits some of the cheaper shoes with plastic bottoms for leading to the injury, but she’s in no hurry to strap on a pair of the more luxurious stilettos any time soon either. Given the years of foot abuse, a break seems timely, no?

Find out whether your shoes are bad for you >>

“It’s sad, because my feet took me all over the world, but eventually they were like, ‘You know what? We are really tired. Can you just stop? And don’t put cheap shoes on us?'”

OK, if your foot is sprouting extra parts, it’s time to switch to flats or consult a qualified physician. Opinions?