That’s what happens when you win a Grammy: Everyone wants in. Frank Ocean is being sued over production credit for his single “Lost.” 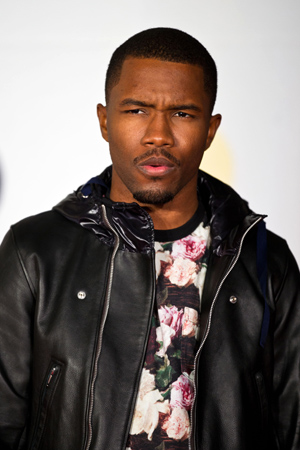 Well, it looks like Frank Ocean will have to descend from his cloud of success for a good old-fashioned lawsuit.

The singer is being sued by a producer, Micah Otano, over a production credit for his fourth single, “Lost,” off the record Channel ORANGE.

The lawsuit was reportedly filed in California, with Otano claiming to have co-written a song called “Daylight” with producer Malay, which he then alleges was adapted into “Lost” without due credit. Def Jam and Universal are also named in the suit.

Read more on Ocean’s newest record in the works >>

Ocean’s Channel ORANGE was recently nominated for Album of the Year and picked up the Best Urban Contemporary Album award at the Grammys.

We have no idea how this one will play out or how it will affect Ocean. If Otano is suing for production credit, it’ll be quite a task to prove his involvement in the process.

This will hopefully be resolved quickly, since we’re already looking forward to Ocean’s new record. Opinions?