Someone might have jumped the gun here. George Lucas has hinted that Harrison Ford, Mark Hamill and Carrie Fisher have signed their contracts for Star Wars VII. 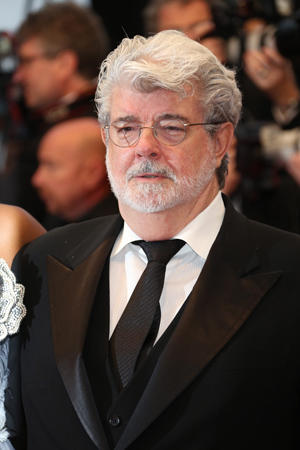 Whoops! There it is.

Since the rumour mill has been working itself silly with the casting possibilities for the newest Star Wars instalment, George Lucas might have dropped a piece of vital information, stating that even prior to selling Lucasfilm to Disney, they “had already signed Mark and Carrie and Harrison — or we were pretty much in final stages of negotiation.”

“Maybe I’m not supposed to say that,” Lucas continued in the Bloomberg Businessweek interview. “I think they want to announce that with some big whoop-de-do, but we were negotiating with them. I won’t say whether the negotiations were successful or not.”

This is the first time anything remotely close to “contract signing” has been tossed around with Harrison Ford, Mark Hamill and Carrie Fisher for the Star Wars VII project, which will be directed by J.J. Abrams, so we’re hoping it’s the real deal. No Star Wars movie is complete without this trio.