This narrows down our pool of baby names significantly. Alec Baldwin and Hilaria Thomas have announced they are expecting a baby girl. 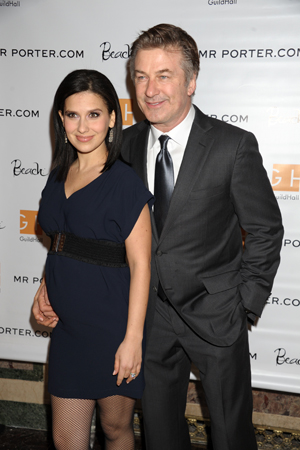 It’s another baby girl for Alec!

That’s right, folks. Alec Baldwin and his beautiful yoga-instructing wife, Hilaria Thomas, are expecting a girl! No better way to share the great news than via Twitter.

“So happy about our little girl! Thank you all for the happy wishes xoxo,” Thomas tweeted yesterday.

Hilaria revealed on the Rachael Ray Show that Baldwin had taken a liking to the name Massimo — prior to the gender reveal, of course — but that she wasn’t too keen on it. Luckily that name is officially off the table, unless the two are name-giving sadists.

“I think you have to actually have look at it once it pops out and say, ‘Who are you? What is your name?'” Thomas stated.

As cute as that advice is, you might end up with a child named “Waaah”…

What do you think? Any naming ideas? Massima is not an option.