Is it possible to explode from awesomeness? Yes! Boy band 98 Degrees will be dropping a new record in May, its first since the 2000 release, Revelation. 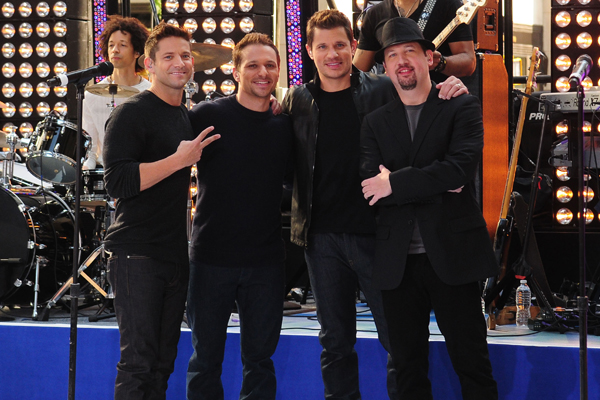 The super-dreamy boy band 98 Degrees announced on Wednesday it will be releasing a new album! We are hyperventilating…

“We are really excited to bring our fans new music and get out on the road,” lead Nick Lachey said in a statement. “This is a long time coming.”

After the release of this new album, the band is expected to head out on The Package Tour along with New Kids on the Block and Boyz II Men, stopping in major cities across the U.S.

“We’re excited to get back together and doing what we do,” Lachey said about the tour in January. “We feel reinvigorated by our bond and by our group, so we’re very excited by that.”

Well, we cannot wait. Somebody will be camping outside the music store to get their hands on this album first thing in the morning… Just us? Come on! Will you be grabbing a copy?