This is a new colour for him. Instead of opting for his usual celebrity bashing, Howard Stern actually defended Kelly Clarkson in her ongoing feud with Clive Davis. 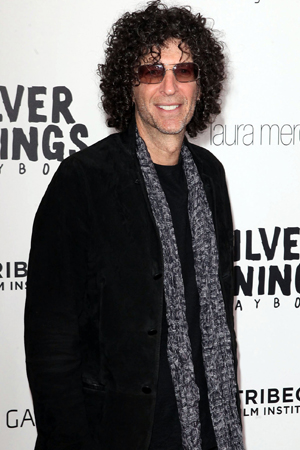 Radio host Howard Stern decided to jump into the midst of a feud between Kelly Clarkson and Clive Davis, on behalf of the songstress.

“It sickens me when management guys like to set the record straight about how f***ing creative they are and what geniuses they are,” Stern stated. “This guy is trying to diminish what she does? Doesn’t he have enough in life? Can’t he tell his story without f***ing degrading her?”

So, if you’re unfamiliar with the whole ordeal, here’s what happened: Davis, who worked with Clarkson on her debut album Thankful and sophomore Breakaway, penned a new memoir, The Soundtrack of My Life, and claimed the songstress “burst [into] hysterical sobbing” during a meeting for her second record.

Clarkson responded to that statement, saying, “So I just heard Clive Davis is releasing a memoir and spreading false information about me and my music. I refuse to be bullied, and I just have to clear up his memory lapses and misinformation for myself and for my fans. It feels like a violation. Growing up is awesome, because you learn you don’t have to cower to anyone — even Clive Davis.”

As feuds tend to go, there’s a back-and-forth type of limbo present. Davis’ reps released another statement in response to Clarkson’s claim:

“As anyone who has read ‘The Soundtrack of My Life’ knows, I think Kelly Clarkson is a tremendous vocal talent and performer. In the book, I provide an in-depth look at our years together during which we shared major multi-platinum success, as well as a few creative differences. I am truly very sorry that she has decided to take issue with what I know to be an accurate depiction of our time together. Before the book was published, I had every fact checked with five independent individuals who were present on a daily basis throughout it all. The chapter as it is written was thoroughly verified by each and every one of them. I stand by the chapter as written in my book. At the same time I wish, and will always wish, Kelly’s talent and her career to soar to ever new heights.”

A bit too condescending for our humble tastes, but at least it’s not spiteful. If Clarkson can prove this incident did not take place, it would be incredibly amusing. We also wonder how Davis found five witnesses to a private meeting between himself and Clarkson.

What do you think of this whole thing?