Viva Spice! Mel B of the Spice Girls is joining the judging table at America’s Got Talent as Sharon Osbourne departs. 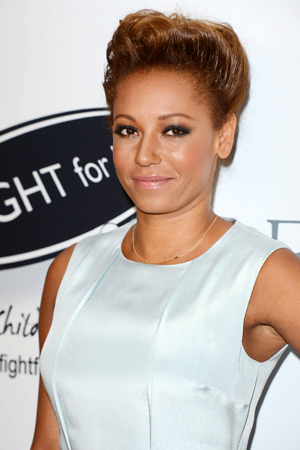 This isn’t scary at all, but it is sure getting spicy in here!

Spice Girls‘ Mel B is joining the judging panel at NBC’s America’s Got Talent and replacing Sharon Osbourne. They clearly needed to fill the mouthy-British-woman-judge void…

The singer will be joining a small, elite judging table circle for season eight, which includes Howie Mandel and Howard Stern.

Mel B is no stranger to the role of reality TV show judge; she previously presided over U.K.’s X Factor. Osbourne revealed her departure from the show back in August.

That is a tough panel there — all three judges are opinionated and know their stuff. Contestants best come equipped with a box of tissues… Oh, and talent, obviously.

What do you think of the casting choice?