Considering the incredible success of his debut album, it’s no wonder Frank Ocean is itching to put out another one. The singer is already in the process of recording his second album!

Related story Solange Is Low-Key Calling For a Grammys Boycott Because, Beyoncé 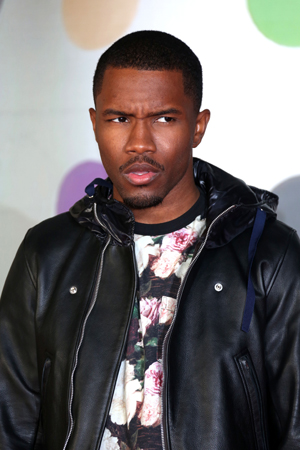 This guy is ready to rake in one award after another…

Fresh off a Grammy win for Best Urban Contemporary Album and an Album of the Year nomination for Channel ORANGE, Frank Ocean is not planning to get idle anytime soon. The singer is actually already working on his new album.

Ocean revealed to BBC Radio 1 that he’s at least 10 songs into the project. He is just booking it.

“It’s another cohesive thing, bordering on a concept record again,” the singer stated. “At the end of Channel Orange, there’s ‘Golden Girl,’ and it’s this beach scene. And I kind of want it to extend that feel into the next record altogether, kind of make it that theme.”

Ocean also revealed that he’s planning to rent a place in Bora Bora to record the new album and is hoping to collaborate with the likes of King Krule and Tame Impala.

We are certainly excited! If you haven’t checked out his debut album, you should definitely do that. We’re hoping that, with his splendid reputation, Ocean will have no problem collaborating with whomever his little heart desires.

What do you think? Are you looking forward to Ocean’s second record?