Troubled country singer Mindy McCready was found dead of an apparent suicide on Sunday at her home in Arkansas. 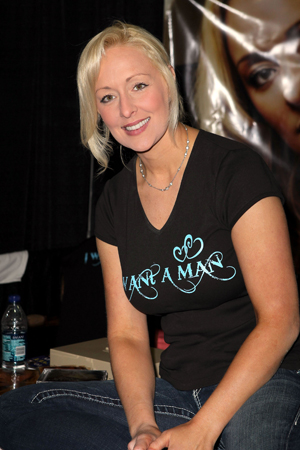 Sadly, country singer Mindy McCready has died at the age of 37.

The singer’s body was found on Sunday on the front porch of her Heber Springs, Arkansas, home. Authorities stated McCready died of “a single self-inflicted gunshot wound.”

Read more on pain and depression >>

A little over a month ago, the singer’s 34-year-old boyfriend, David Wilson, was found dead, the circumstances of which are still under investigation. McCready’s two children, 6-year-old Zander and 9-month-old Zayne, were subsequently removed from her home by authorities.

McCready was then ordered to enter an in-patient facility after it became apparent she was depressed and at risk of harming herself. She was reassigned to outpatient treatment shortly after.

Read more on depression in the workplace >>

The singer rose to fame in 1996 with her debut album Ten Thousand Angels, followed up by a second successful record, If I Don’t Stay the Night, released the following year. The past decade has been rather unkind to her, with McCready making headlines mostly for her run-ins with the law, like the 2005 DUI, battery charges and the occasional drug-related offence.

McCready’s children are currently in foster care, per People magazine.

Our condolences to the family and friends of the singer.