Seeing Adele perform might get a lot easier soon. The songstress is thinking about taking up an offer for a Vegas residency. So, who’s ready for a road trip? 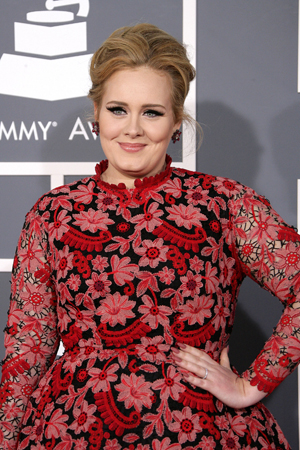 Adele could be setting up a tent right next to the Cirque du Soleil grand chapiteau in the City of Sin very soon.

The 24-year-old songstress is reportedly considering signing on for a Vegas residency in lieu of a world tour. Le gasp!

“Adele is top of the Vegas hit-list, and she’s seriously considering it as an option,” a source told The Daily Star. “She wants to get back to performing but doesn’t want to go on the road so soon after becoming a mum. A Vegas residency would mean she could settle with her family and record her third album all at once.”

Adele gave birth to her son in October and has already started working on her third album. We wonder if it will be called 24?

Can you imagine? Adele always available for a performance right across the border! How amazing would that be?

What do you think? Good idea? Bad idea? Best idea?

Adele to perform at the Oscars!
Adele welcomes a son!
Adele is diamond certified!