South African Paralympic hero Oscar Pistorius has been charged with the murder of his girlfriend inside his home in Pretoria. 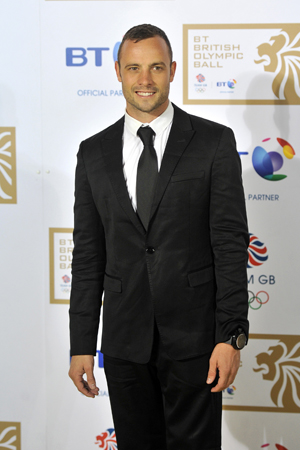 South African Paralympic superstar athlete Oscar Pistorius has been charged with the murder of his girlfriend on Thursday inside his Pretoria home.

The 30-year-old model, Reeva Steenkamp, who has been quite outspoken against violence and the rape of women, was shot four times in the early hours of the morning. Pistorius was taken into custody, and a murder case has been opened.

The news shocked South Africa. Pistorius, nicknamed Blade Runner for his prosthetic legs, has become a national hero for his incredible feats in the Olympic sprints.

Initial reports of Pistorius assuming Steenkamp was a house intruder have not been verified. The police did reveal the athlete has had run-ins with the law before, like crashing a speedboat whilst allegedly under the influence in 2009 and an altercation with a coal mining millionaire over a woman in November.

Pistorius’ court hearing was scheduled for this afternoon but has since been moved to Friday to allow more time for the forensic investigation.

Our condolences to the family of Ms. Steenkamp. Stay tuned for updates.