Reba McEntire revealed to Katie Couric just how happy she is about Kelly Clarkson’s engagement to her stepson, Brandon Blackstock. 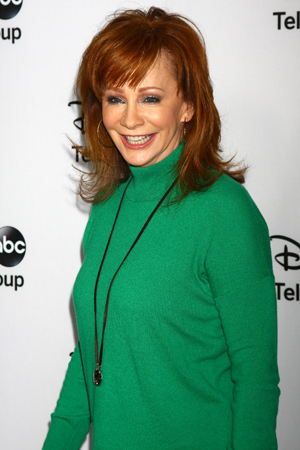 OK, take a moment to visualize family gatherings with these two helming the piano and vocals… We hope we’re invited.

Reba McEntire chatted with Katie Couric on Katie about being thrilled that Kelly Clarkson is joining the family, since the 30-year-old singer is engaged to the country star’s stepson, Brandon Blackstock.

McEntire went on to rave about Clarkson being “a big-hearted, very good person” as well as being “great at arranging and writing, and she’s very creative.” Now, if Reba McEntire said anything of this sort about us, we’d mostly likely pass out.

This is going to be one powerful family. And if you throw in a couple of kids, you’ve got a travelling family band right there…

The big question is, should they put out an album together? The answer is obvious.

Reba is alive, alive!
Kelly Clarkson has found the one!
Let’s let the RIP trend RIP, shall we?