This could be either incredible or a total disaster! James Franco has opened up an art exhibit in Berlin titled “Gay Town.” Should we laugh or cry? 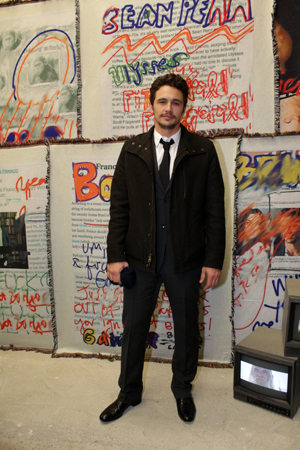 He is a man of many talents, so this is no surprise.

The gorgeous James Franco is opening an art exhibit in Berlin, featuring painting, video, drawing, film, sculpture and photography, to complement the Berlin Film Festival. But that’s not even the best part.

The exhibit is called… “Gay Town”! Drink it in, everybody.

Learn about the importance of fine art programs >>

Shockingly enough, it has nothing to do with any town or with being gay (or being happy, depending on your definition). It revolves around themes important to Franco’s artistic life, like his childhood, public image, societal concerns and whatnot.

This magical exhibit is at the Karl-Marx-Allee and will run from Feb. 9 to March 9.

We’re always a little skeptical about these things, just because celebrities making art automatically comes off as being pretentious. But we’re willing to give this guy a chance.

So if you’re in Berlin in the coming month, check out his exhibit. Opinions?