The fate of the Backstreet Boys has been up in the air of late, but now that Kevin’s back, it’s time to immortalize them! The boy band is developing a documentary about its humble beginnings and then fame. 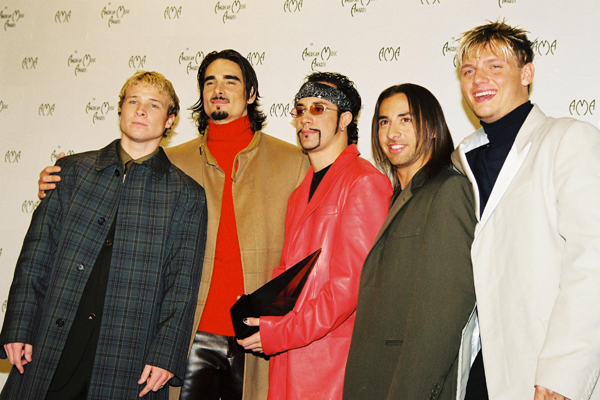 Oh, sweet baby Zeus and the almighty power of Thor! This is H-U-G-E!

Director Stephen Kijak is putting together what might arguably be the best documentary ever made about the greatest boy band of all time.

That’s right. Mr. Kijak is making a film about the Backstreet Boys. You may scream now.

The documentary will be a tell-all of the band and is slated for release this fall.

“What drew me to this project is their [Backstreet Boys] openness and willingness to push themselves into uncomfortable places, to be vulnerable and honest and to be really trusting of the filmmaking team to steer them in the right direction,” Kijak stated.

The Backstreet Boys confirmed the film via statement, saying, “We always wanted to make a film and now is the ideal time. With Kevin back, the fact that we are masters of our own destiny, a new album in the works and our 20th anniversary — it all adds up to being the right time to share our story.”

How exciting is this? A little ’90s part of us is fainting, hyperventilating and hugging the BSB posters on our walls whilst weeping… Would you watch a Backstreet Boys documentary or walk on by?

Just kidding! Witherspoon-Bublé duet not happening
Taylor Swift is back in the studio, y’all!
Adele is diamond certified!