Recent photos of Leonardo DiCaprio spending time with a mysterious blond woman had us wondering whether the Django Unchained star was settling down with someone new. She wasn’t any of his usual leading ladies, so who could she be? Finally we have answer! 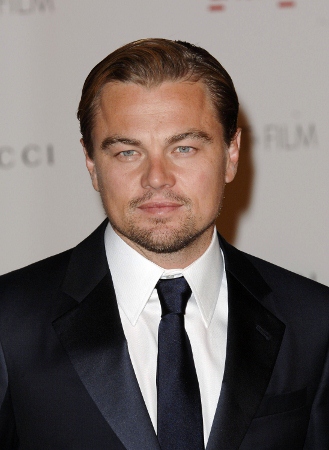 From Blake Lively to Gisele Bündchen, Leonardo DiCaprio has had his fair share of tall, blond bombshells.

After breaking up with Victoria’s Secret model Erin Heatherton in November, the Hollywood heartthrob was on the market once again. But recent photos from his vacation in Miami with pal Bradley Cooper suggested DiCaprio might have found a new leggy lady to spend his days and nights with.

Find out how Erin Heatherton is doing post-breakup >>

So who is the lucky dame? It’s pageant contestant, Miss Universe Kosovo 2011 Aferdita Dreshaj. She definitely looks the part of the women we’re used to seeing on the arm of this three-time Academy Award nominee. But don’t panic, ladies. This doesn’t necessarily mean he’s taken! Dreshaj, 26, insists they were simply “hanging out as friends.”

So if you’re tall and slim with long, blond locks, there’s no need to throw in the towel just yet. This eligible bachelor is still up for grabs! He has announced that he’s feeling worn out from his recent films and is planning to enjoy a break from acting — which means he’ll have more time on his hands for dating. You may begin forming a line now.