It’s no surprise that singing superstar Katy Perry will be attending the Grammys this year, but what might come as a shock is the fact that she won’t be on the arm of current beau John Mayer when she strolls the red carpet. 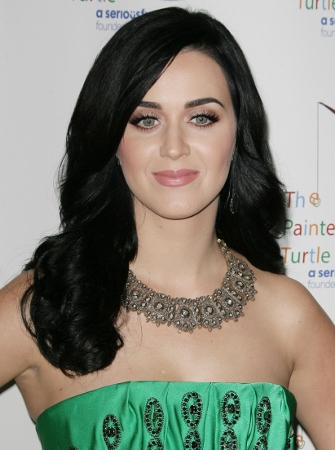 Katy Perry has never been one to play by the rules. And she continues that tradition by bringing along a gal pal for her trip to the Grammys rather than her boyfriend, musician John Mayer. So who’s the lucky lady? That would be Girls breakout star, daughter of NBC news anchor Brian Williams and all-around beautiful person, Allison Williams.

The stunning star of the hit HBO show excitedly announced the news to Anderson Cooper yesterday on Anderson Live. Williams explained that she and Perry are good friends and she “can’t wait to go.” She enthusiastically elaborated that Perry is “the hottest date … Obviously she’s awesome. She’s the best.”

Her excitement is adorable.

Considering this talented beauty is on a smash-hit show that just won big at the Golden Globes and that Perry has been nominated for best pop solo performance for her song “Wide Awake,” the two women are going to be quite the successful duo strolling down the red carpet. Paparazzi, get those cameras ready!

Get a full Golden Globes recap >>

So what does all this mean for Mayer and Perry’s relationship? So far, nothing. Mayer told RollingStone.com in a recent interview that he is “very happy” with Perry. So the musical couple still seems to be together. Perry gets to bask in the glow of her award nomination, and Williams gets to go to the Grammys — there are no down sides here!