When photos revealed Kristen Stewart cheating on her Twilight co-star and real-life boyfriend Robert Pattinson with director Rupert Sanders, it didn’t seem as though anyone was in her corner. But in a recent interview, British sweetheart Emma Watson explains why she has been and still remains firmly in support of K. Stew. 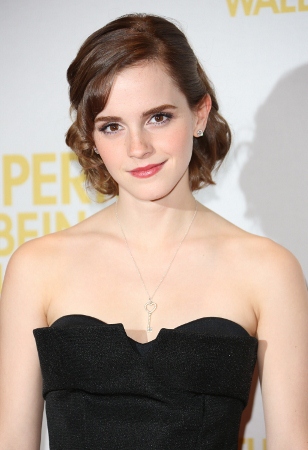 Although Emma Watson has managed to stay out of the tabloids as best she can, the star of the Harry Potter franchise and recent hit Perks of Being a Wallflower certainly knows of the challenges that can come with sudden stardom at a young age. She has been on the media’s radar ever since the first Harry Potter film debuted and she was a mere 11 years old. So it isn’t all that surprising to see her jump to the defence of 22-year-old Stewart in her time of need.

In a recent interview with Vanity Fair Italy, Watson shared her thoughts on how folks reacted to Stewart’s cheating scandal last summer, saying, “Kristen is human, just like everybody else, and she’s so young.”

Watson took a fairly balanced approach in addressing how the public reacted, by stating “on one hand, I can understand why it happened: People felt really involved in her relationship with Robert Pattinson. But it’s also true that they both have done everything in their power to keep their relationship as far from the public eye as possible.” Her view of the press, however, was less cordial, as she slammed them by saying, “I thought that the media picked on her in a very horrible way.”

Regardless of how one might feel about K. Stew’s actions, it’s pretty hard to argue with Watson’s statement that “everyone makes mistakes. Everyone.” If Watson decides to call it quits on the acting biz, a career in defence law seems like a pretty solid option. We’d sure want her on our side!