Let’s be honest: Does anything matter when Adam Levine is speaking? The singer talked about his new fragrance at the Macy’s launch event. 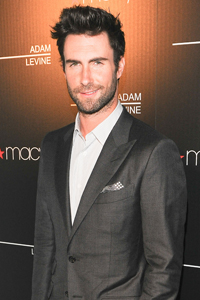 Does it really matter what Adam Levine says? No. He’s beautiful. Logically, everything he says is, by default, also beautiful.

The Maroon 5 front man cracked a few jokes about his debut fragrance, which reportedly aims to smell like his personality (intriguing, no?), at the scent’s launch event.

“It smells like sh**,” Levine joked before putting on his serious face. “It smells really good. Well, I couldn’t really conceive the idea of not loving whatever it was. The task was to make something that I would wear. So that was a process, and we finally came to a great conclusion, and it smells great. I fully endorse it, and I’m really happy, because it has my name on it.”

Check out five fall scents you should try >>

It’s funny, though… Does anyone remember that time Adam proclaimed celebrity fragrances should be “punishable by death”? Now his scent is projected to gross over $25 million in the coming year. It’s an excellent argument in favour of celebrity fragrances, no?

Then again, whatever he’s peddling, we’re buying. Look at him, for Pete’s sake!

Opinions? Will you be taking a whiff of Levine’s fragrance?