After Lucasfilms was sold off, another Star Wars trilogy was announced. But why stop there? Disney is planning to spawn several spinoffs as well. 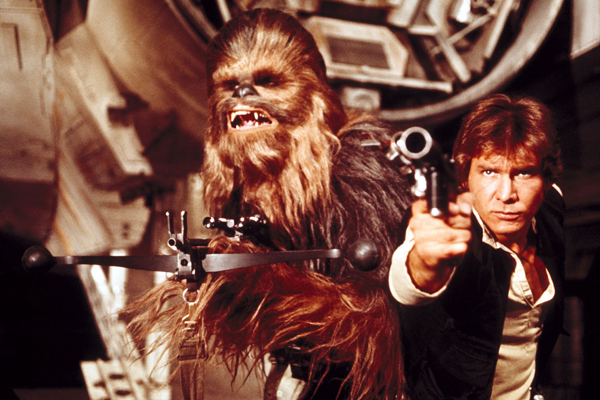 You know how sometimes you have this really great idea, and to milk it for all it’s worth, you bash the absolute life out it? Same situation here.

Since J.J. Abrams has hopped aboard the Star Wars revival train and will be directing Episode VII, Disney has caught the scent of opportunity and is now very excited about this magical money pony.

Disney CEO Robert Iger announced that the network will be spitting out an array of Star Wars spinoffs, with Lawrence Kasdan and Simon Kinberg already attached to these new projects.

“We are working on a few stand-alone films, derived from great Star Wars characters that are not part of the overall saga,” Iger stated.

George Lucas must be tearing up with pride, as his legacy is being ravaged and pillaged for a conveyor belt of film ventures. We’re predicting at least three television shows coming out in the next few years…

We will reserve a bit of hope for the Abrams-directed Episode VII; the rest is doomed! What do you think?