Jim Carrey never struck us as a shy, quiet guy, so it’s not surprising he was quite vocal with his opinion on gun ownership, shared via his Twitter account. 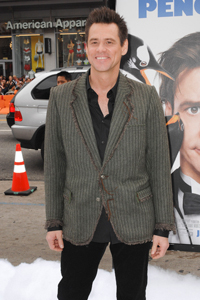 It’s not all fun and jokes with this guy, OK?

Jim Carrey put on his stern face this Saturday when he tweeted his thoughts on gun ownership, and not everyone was amused.

“Any1 who would run out to buy an assault rifle after the Newtown massacre has very little left in their body or soul worth protecting,” Carrey stated.

Obviously some folks at the pro-gun camp were not in agreement. Cue backlash. Even Fox News sounded off on the actor’s commentary, with a post titled, “Jim Carrey’s Nasty Gun Dig.” But Carrey didn’t seem at all affected by the negative reaction and made a joke instead.

“Yes, i agree with the ppl who argue that cars can be as deadly as guns but a car is a lot harder to get through the door of a classroom,” he tweeted yesterday.

Agreed! No use in stirring the pot with a wide discussion on the ethics and responsibilities behind gun ownership, but perhaps Mr. Carrey is on to something.

Justin Bieber tweets to save lives!
Sickly Pink tweets photo of herself in hospital bed
Jessica Simpson tweets about motherhood