Clap your hands, now! Matthew Perry and Courteney Cox are meeting onscreen again in the NBC comedy Go On. We’re sensing a Friends moment coming on. 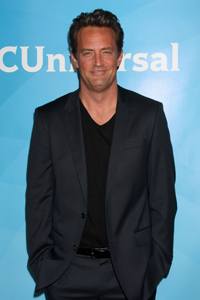 Aw, this will take us down the lovely Memory Lane…

It’s reunion time on the Matthew Perry-starring NBC comedy Go On, which just booked a very special guest star — so special that you will be transported back in time to the year of 1997.

See the benefits of massage therapy >>

Are you ready for this? Courteney Cox will appear on the show as a date for Perry’s character, Ryan. Is everyone having a Chandler-Monica moment right now?

These two have not shared the screen together since the 2004 Friends finale. Le shock! Why did it take this long?

Learn how to beat the winter blues >>

We’re incredibly excited about this casting news, since we already know Cox and Perry have amazing onscreen chemistry. If you’re unfamiliar, Go On is a comedy centred on a sports talk radio host, Ryan King (Perry), who is coping with the death of his wife and was forced to join a support group.

We can’t wait for these new episodes! Will you be tuning in?