As if there wasn’t enough hype for this movie already! Kristen Wiig has joined the cast of the long-expected sequel, Anchorman: The Legend Continues. 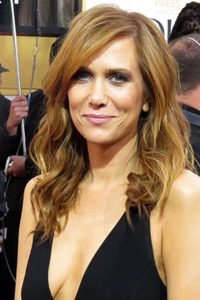 Sweet mother of all that is good in this world!

The Saturday Night Live queen and star of Bridesmaids, Kristen Wiig, is joining the cast of the much-anticipated Anchorman: The Legend Continues!

Read more about the Anchorman 2 production >>

The film’s director, Adam McKay, made the announcement yesterday via Facebook page. Wiig is joining an already stellar cast, which includes Will Ferrell, Paul Rudd, Dave Koechner, Steve Carell and Christina Applegate. Oh me, oh my!

Read about the Anchorman 2 release date >>

The planned production of the sequel to the 2004 Anchorman: The Legend of Ron Burgundy was revealed in March, and the release date has been set for Dec. 20, 2013.

Wiig has her hands full with projects already, like Girl Most Likely and The Secret Life of Walter Mitty. No word yet on her role in the Anchorman film, but we hope it’s hilarious!

What do you think? Excited to see Kristen in the film?