Whether you’re a football enthusiast or just like Beyoncé, the Super Bowl had a li’l sumthin’-sumthin’ for everybody! 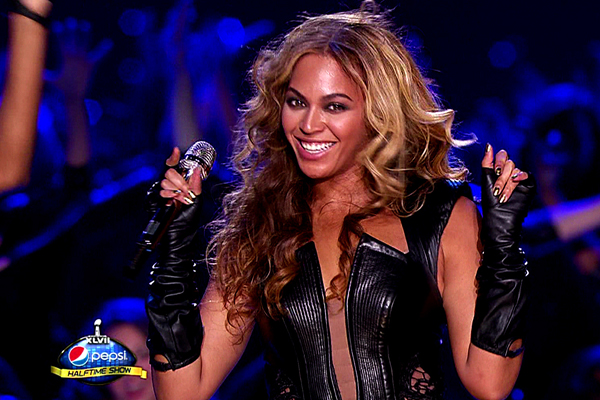 Hollaaa at you football fans! It doesn’t matter which team you were cheering for (but hopefully the Ravens), Super Bowl XLVII was awesome!

It was kicked off with Alicia Keys’ performance of “The Star-spangled Banner” on a silvery piano. The singer, dressed in a deep red gown and sporting a slicked do, turned the American anthem into a beautiful poetic trip of musical notes. This woman knows how to make love to a song — it was wonderful! And she didn’t forget the lyrics!

Then Jennifer Hudson sang “America the Beautiful” with the vocal support of the Sandy Hook Elementary School choir. It was a moving rendition, and tears were a-flowing. The choir and Hudson wore green ribbons in remembrance of the Newtown shooting this past December.

Read about the benefits of exercising as a family >>

Then football footballed — until the halftime show that changed the course of history and altered our perception of the universe. Beyoncé did such an incredible job that actual philosophical concepts were being transmitted to every conscious human being of the world via hip movement and hair flips. That’s right — she was a morphing goddess of every plane of existence…

Supported by a flaming guitar player, a bajallion dancers and a wicked stage design, Beyoncé sang her greatest hits with so much ease, it might as well have been a dream. Best part? When Kelly and Michelle of Destiny’s Child joined Bey-Bey onstage — our brains exploded. The songstress finished the show with “Halo,” which was glorious. The hair flipping really got to us.

There you have it! Great show, good game… Beyoncé owns everyone and everything. Opinions?