As if we didn’t think he was perfect already. Bradley Cooper spoke out about mental disorders, treatment and the negativity surrounding them. 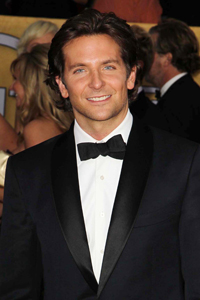 You so fine, Bradley. And smart too.

Bradley Cooper is not only proud that his role in Silver Linings Playbook earned him an Oscar nomination; the actor is also proud to help dispel the negativity surrounding mental illness.

“I’ve gone around to many cities around the country, and people are talking about how, ‘I actually feel like this film sees who I am,'” Cooper told Chris Matthews on Hardball. “It’s heavily stigmatized.”

Learn how to help a friend with depression >>

“It’s not a very treatable disease. It’s a condition. If we liken it to cancer, diagnosed at stage four, well… that’s way too late. So hopefully a movie like this will help it become, you know, [more treatable] in the onset.”

In Silver Linings, Cooper plays a young man suffering from a bipolar disorder, who’s put under the care of his parents after his release from a mental health facility. It’s refreshing to see an individual with a mental disorder portrayed in a humane way and actually embraced by his family.

We applaud you, Mr. Cooper! The actor also visited war veterans at the Walter Reed Army Medical Center in Washington, D.C., for some Q & A. How sweet of him. Opinions?